2019 Board of Directors Election Nominees 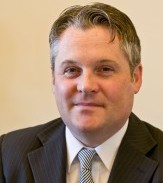 Victor Waddell, PhD, is currently the Laboratory Director of the Arizona State Public Health Laboratory in Phoenix, Arizona. He earned his PhD in Molecular Biology and Genetics at Queen’s University Belfast, Northern Ireland. Dr. Waddell’s other degrees include an MS in Environmental Sciences and a BS in Biological Sciences, also from Queen’s University Belfast. He has published many journal articles and co-authored book chapters relating to both public health and molecular biology. Dr. Waddell has worked for the Arizona State Public Health Laboratory since 2001 and was appointed as Laboratory Director in May 2004. As Laboratory Director, he is responsible for overseeing the entire laboratory, including the Analytical Chemistry, Microbiology, Newborn Screening, BioEmergency Response, and Chemical Emergency Response Sections at the state laboratory. He was part of the design-build team that led the development and planning of the new Arizona State Public Health Laboratory. Dr. Waddell currently serves as the Executive Director for the Arizona Biomedical Research Centre. Dr. Waddell served a three-year term as a Member-at-Large on the Association of Public Health Laboratories (APHL) Board of Directors from 2006 to 2009 and served as APHL President from 2011 to 2012. Dr. Waddell currently serves on several APHL committees and is the Co-Chair for the Joint Leadership Committee of the Laboratory Response Network formed by the Centers for Disease Control and Prevention, APHL, and the Federal Bureau of Investigation in 1999. In 2019 Dr. Waddell was selected as a member on the Association of State and Territorial Health Officials Public Health Preparedness Policy Committee. Dr Waddell has served on the CLSI Board of Directors since 2014. 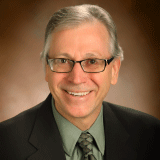 Dennis J. Ernst MT(ASCP), NCPT(NCCT) is the Director of the Center for Phlebotomy Education, Inc. in Cheboygan, Michigan, which develops standards-based educational materials for healthcare professionals and educators who teach, perform, or manage blood collection procedures. As a subject matter expert in the preexamination phase of laboratory testing, Mr. Ernst has delivered over 500 conference presentations in nearly every US state and ten other countries, appeared on Dateline NBC, and has been quoted by the Wall Street Journal and the Washington Post. He is the author or co-author of five books on phlebotomy and over 50 articles, and has served as editor of Phlebotomy Today for over 20 years, which serves a global readership of health care professionals and administrators. Mr. Ernst regularly participates on CDC Evidence Review panels that develop best practices for laboratory medicine. Attorneys throughout the US and Canada regularly retain Mr. Ernst to serve as an expert witness in phlebotomy-related litigation. As a CLSI volunteer, Mr. Ernst has served on 11 document development committees, six of them as Chairholder, and as member and Chairholder of CLSI's Consensus Council. His driving ambition is to empower health care professionals everywhere to draw, process, and deliver diagnostic blood samples that accurately reflect their patients' health status so that all patients are treated, medicated, diagnosed, and managed to better health. 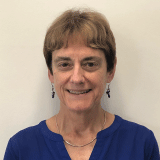 Barbara L. Zimmer, PhD is the Principal Scientist for Microbiology in the Scientific Affairs of Beckman Coulter, Inc. She has worked in development of in vitro diagnostics (IVD) microbiology products for over 25 years in both the Product Development and Medical/Clinical/Scientific Affairs groups. Her expertise is developing tests for microbial identification, antimicrobial susceptibility testing, and detection of antimicrobial resistance. In addition, for 30 years, she served as a clinical faculty member for the University of California, Davis School of Medicine. Dr. Zimmer is a long time CLSI volunteer. She was a Voting Member for the Subcommittee for Antimicrobial Susceptibility Testing for 14 years, and currently serves as an Advisor to that Committee. She co-chairs the Methods Development and Standardization Working Group. She also served as a Voting Member of the Consensus Committee for Microbiology for three years. Outside of CLSI, she has been very active in the Susceptibility Testing Manufacturer’s Association (STMA), which represents the voice of that industry to both CLSI and other agencies. She has given many presentations locally and internationally on the use of CLSI documents in the Clinical Microbiology Laboratory. She has been a member of ISO TC 212 Working Group 4 and contributed to the development of ISO 20776-1 and -2 on antimicrobial susceptibility testing, and ISO 16782 on broth for susceptibility testing. 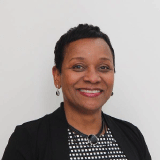 Director of the Division of Immunology and Hematology Devices (DIHD), US Food and Drug Administration

Leonthena R. Carrington, MS, MBA, MT(ASCP) is the Director of the Division of Immunology and Hematology Devices (DIHD) in the US Food and Drug Administration (FDA)’s Office of In Vitro Diagnostic Devices and Radiological Health (OIR). She has held this position since 2015. In this role, she participates in the scientific and regulatory review and approval of a variety of immunology and hematology in vitro diagnostic medical devices, including assays and instrumentation for: allergy, autoimmune diseases, flow cytometry, neurological disorders, serum-based cancer biomarkers, automated differential cell counters, coagulometers and specialized hemostasis tests, fecal occult blood, genetic health risk assessment, companion diagnostics, and point-of-care devices. Immediately preceding the DIHD director position, she held a position as Chief of the Hematology Branch of DIHD (2009 to 2015) and was a lead scientific reviewer of hematology and coagulation devices (2004 to 2009) in the Hematology Branch.

Prior to joining FDA in 2003, Ms. Carrington gained over 20 years of extensive technical experience and regulatory application as the Chief Medical Technologist of the Special Coagulation Laboratory at Walter Reed Army Institute of Research and the Pathology Laboratory at Walter Reed Army Medical Center. She performed a combination of research and clinical laboratory testing in this specialty area serving all branches of the armed forces. She earned a MS in Biomedical Development and Technology at Georgetown University and an MBA at Johns Hopkins University. She is an ASCP certified technologist and earned her BS degree in Medical Technology from Norfolk State University. Ms. Carrington has served on the CLSI Area Committee Expert Panel for Hematology and Immunology as well as two CLSI document development committees.