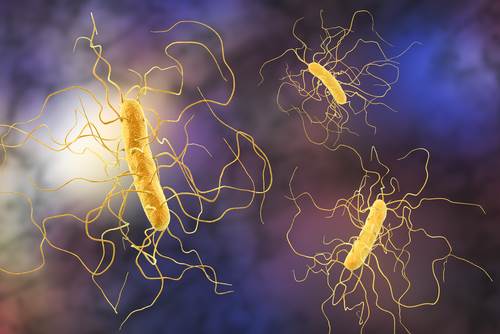 November is Clostridium difficile Awareness Month. C. diff was associated with nearly 30,000 deaths in 2011. Historically thought of as a problem mostly confined to hospitals and nursing homes, C. diff rates in the community seem to be on the rise. Antibiotic use is a known factor; hospitalization is another. Clostridial species can resist disinfectants, which is why so many infections occurred in hospitals and nursing homes.

Several years ago, improved infection control in hospitals began to slow C. diff infections, but this changed in 2006, when a hospital in North Carolina reported that 35 percent of C. diff infections were occurring outside the hospital, and that only half could have involved antibiotic exposures.

The CDC estimated that nearly 350,000 C. diff infections occurred outside of hospitals in 2011, and found that 46 percent were fully community-acquired and 36 percent had no antibiotic  exposure. Last year, researchers in California found that 1 in 10 emergency room patients with diarrhea tested positive for C. diff, and that 40 percent had no risk factors at all. Additionally, C. diff can be particularly resistant to antimicrobials, making it difficult to treat.

CLSI plays a part in the fight against antimicrobial resistance by publishing standards and guidelines that help laboratorians give the best guidance to health care providers that prescribe antimicrobials, leading to better patient outcomes. Learn more at https://clsi.org/standards/products/microbiology/.