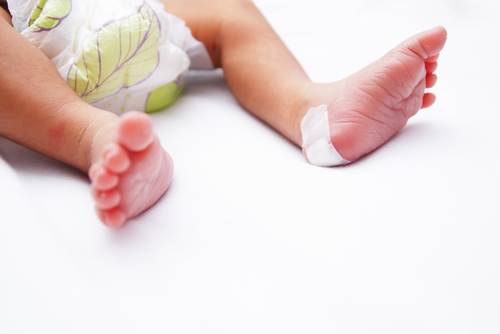 Although cystic fibrosis newborn screening false negative results occur a much smaller percentage of the time than false positive results, the consequences of a missed diagnosis can be devastating. There are many reasons for a false negative screening result, some of which include unacceptable specimen quality, specimen labeling errors, and inappropriate testing cutoff value.

Although newborn screening for cystic fibrosis offers many important new opportunities for better care, teaching, and research, its widespread use occurred rapidly, and a need for quality improvement and assurance has become apparent.

CLSI’s NBS05—Newborn Screening for Cystic Fibrosis was written in partnership with the Cystic Fibrosis Foundation and describes the use of newborn screening laboratory tests for detecting risk for cystic fibrosis from newborn dried blood spots. It addresses both the primary screening tests and the second or third tier tests and includes information on quality assurance and control. NBS05 is intended for use by newborn screening laboratory and program personnel, regulatory agencies, neonatologists, primary care providers, and public health policy makers.