Treatment of Newborns with Phenylketonuria 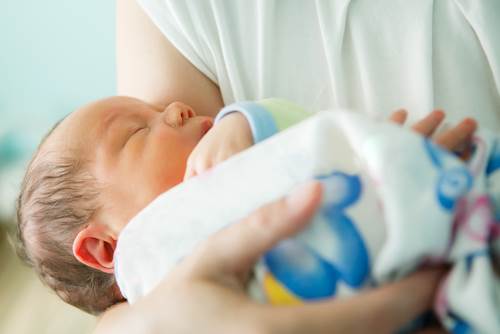 Phenylketonuria, also called PKU, is a rare inherited disorder that causes an amino acid called phenylalanine to build up in the body. PKU is caused by a defect in the gene that helps create the enzyme needed to break down phenylalanine.

Without the enzyme necessary to process phenylalanine, a dangerous buildup can develop when a person with PKU eats foods that contain protein or eats aspartame, an artificial sweetener. This can eventually lead to serious health problems.

For the rest of their lives, people with PKU — babies, children and adults — need to follow a diet that limits phenylalanine, which is found mostly in foods that contain protein. Babies in the United States and many other countries are screened for PKU soon after birth. Recognizing PKU right away can help prevent major health problems.

Screening newborn babies for PKU identifies almost all cases of phenylketonuria. All 50 states in the United States require newborns to be screened for PKU. Many other countries also routinely screen infants for PKU.