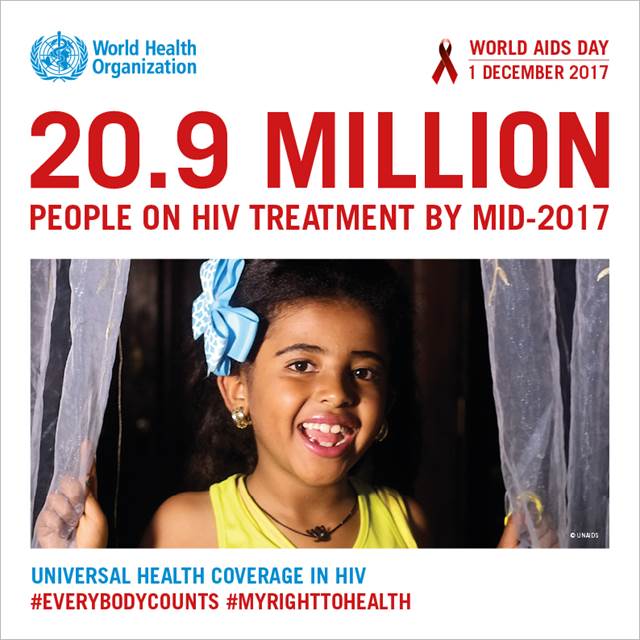 December 1 is the 30th anniversary of World AIDS Day. This year’s theme is “Know your status”. World AIDS Day originated at the 1988 World Summit of Ministers of Health on Programs for AIDS Prevention. Since then, every year United Nations agencies, governments, and communities join forces to campaign around specific themes related to AIDS.

HIV testing is essential for achieving the UNAIDS 90–90–90 targets which are:

Unfortunately, there are still barriers to HIV testing. Stigma and discrimination often deter people from taking an HIV test. Access to confidential HIV testing is still an issue of concern. Many people still only get tested after becoming symptomatic.

The good news is that there are many new ways of expanding access to HIV testing. Self-testing, community-based testing, and multidisease testing are all helping people to know their HIV status.