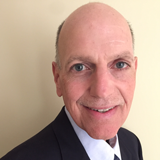 Joseph Passarelli is Senior Director, Scientific Relations at Roche Diagnostics Corporation. In this role, he represents Roche as a scientific liaison to professional societies and standard- and guideline-setting organizations worldwide. He has worked both domestically and internationally in research and development for more than 35 years and has experience in discovery, research, development, laboratory management, technology transfer, regulatory submissions, and market commercialization. His scientific background includes developing immunoassays that use multiple technologies for homogenous laboratory-based testing platforms. He is recognized in the fields of drugs of abuse testing and therapeutic drug monitoring. Before assuming his current role, Mr. Passarelli was head of Roche Diagnostics Research and Development for these scientific disciplines. Mr. Passarelli has been active with CLSI for several years, having participated on the document development committees for the EP05, EP06, EP07, EP09, and EP17 revisions. In addition, he was a member of the Consensus Committee on Clinical Chemistry and Toxicology and the Consensus Council. In addition to his collaboration with CLSI, Mr. Passarelli is Secretary to the International Federation of Clinical Chemistry and Laboratory Medicine’s Scientific Division Executive Committee and member of the Harmonization Oversight Group of the International Consortium for Harmonization of Clinical Laboratory Results. He is interested in educating and promoting the value of standardization and harmonization through the use of recognized standards and guidelines and collaborates extensively with professional organizations worldwide. Mr. Passarelli is a member of the American Association for Clinical Chemistry (AACC) Industry Division and received the 2014 AACC Presidential Citation for his contributions to laboratory medicine and education.