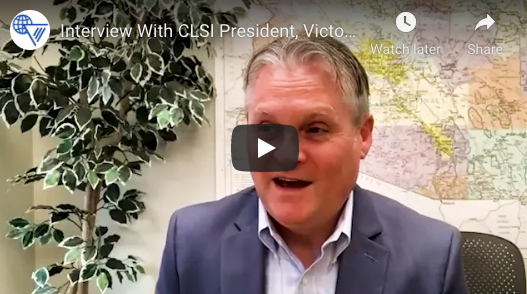 CLSI welcomes Victor Waddell, PhD, as their new President. Dr. Waddell is the current Director of the Arizona State Public Health Laboratory and Executive Director for the Arizona Biomedical Research Center. Before starting his term as CLSI president on January 1, 2021, Phoenix-based Dr. Waddell was CLSI’s president-elect. He has served on the CLSI Board of Directors since 2014, and has also served as a member-at-large on the Association of Public Health Laboratories (APHL) Board of Directors from 2006 to 2009, and as APHL president from 2011 to 2012.

He sat down with CLSI interviewer, Sheri Singer, to discuss his work and his involvement with CLSI over the years. Watch now to meet CLSI’s new President, Dr. Waddell.