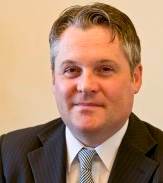 Victor Waddell, PhD, is currently the Bureau Chief of the Arizona State Public Health Laboratory in Phoenix, Arizona. He earned his PhD in Molecular Biology and Genetics at Queen’s University Belfast, Northern Ireland. Dr. Waddell’s other degrees include an MS in Environmental Sciences and a BS in Biological Sciences, also from Queen’s University Belfast. He has published many journal articles and co-authored book chapters relating to both public health and molecular biology. Dr. Waddell has worked for the Arizona State Public Health Laboratory since 2001 and was appointed as Bureau Chief in 2022. As Laboratory Director he is responsible for overseeing the entire laboratory, including the Analytical Chemistry, Microbiology, Newborn Screening, BioEmergency Response, and Chemical Emergency Response Sections at the state laboratory. He was part of the design-build team that led the development and planning of the new Arizona State Public Health Laboratory. Dr. Waddell currently serves as the Executive Director for the Arizona Biomedical Research Centre. Dr. Waddell served a three-year term as a Member-at-Large on the Association of Public Health Laboratories (APHL) Board of Directors from 2006 to 2009 and served as APHL President from 2011 to 2012. Dr. Waddell currently serves on several APHL committees and is the Co-Chair for the Joint Leadership Committee of the Laboratory Response Network formed by the Centers for Disease Control and Prevention, APHL, and the Federal Bureau of Investigation in 1999. Dr Waddell has served on the CLSI Board of Directors since 2014.