The Importance of Prenatal and Newborn Screening 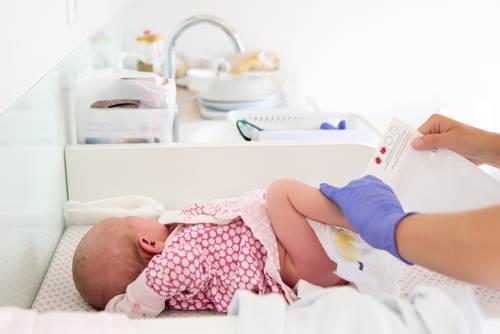 First trimester screening can begin as early as 10 weeks and is a two-step prenatal test that offers early information about a baby's risk of certain chromosomal conditions, including Down syndrome (Trisomy 21) and Edwards syndrome (Trisomy 18). This testing includes a combination of maternal blood testing and fetal ultrasound.

The multiple marker blood test is done between weeks 15 and 20 of pregnancy to screen for neural tube defects such as spina bifida and for the same chromosomal disorders tested for in the first trimester. Called integrative screening, these test results are often combined with first trimester screening tests for greater accuracy.

A glucose screening test is performed to screen for gestational diabetes in the mother.  A short-term form of diabetes that develops in some women during pregnancy, gestational diabetes can cause health problems for the baby, especially if left untreated. Testing is performed by having the expectant mother to consume a sugary drink and then performing glucose blood testing an hour later. This test is usually performed at 24 weeks but may be performed earlier in women who are at high risk.

Screening doesn’t end when a baby is born. Newborn screening testing can prevent death and improve patient care outcomes. The requirements for newborn screening vary from state to state, but most states test for all of the conditions specified by the Health Resources and Services Administration (HRSA) in their Recommended Uniform Screening Panel. These conditions include phenylketonuria (PKU), cystic fibrosis, sickle cell disease, critical congenital heart disease, hearing loss, and others. Some states test for additional disorders that are not part of the HRSA panel. CLSI newborn screening laboratory standards provide test collection instructions, as well as information on methods for the detection of metabolic and hereditary disorders. Learn more by visiting https://clsi.org/standards/products/newborn-screening/.