Highlight on the Importance of Standardized Newborn Screening 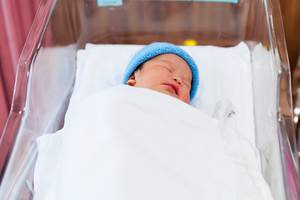 According to the ABC News Report Make Newborn Screening Uniform, every baby born in the United States is tested for anywhere from two to as many as 35 genetic or metabolic diseases that are treatable with special diets or medication. This disparity exists because each state has different testing requirements in place. While some states test newborns for dozens of diseases, others are required to perform only a handful of screening tests. To close this gap, a new federal report calls for national standards in newborn screening of the 4 million babies born each year in the United States.

Early testing is critical for the successful treatment and management of some genetic and metabolic diseases. An example is ALD (adrenoleukodystrophy) which is a genetic brain disorder, the most serious form of which affects boys between the ages of 4 and 10. According to NPR, “California is one of only a handful of states nationwide that now routinely screen newborn infants for the disease.” The illness destroys myelin, the protective surface that surrounds the brain's nerve cells. Treatment is usually unsuccessful because there is often a delay in diagnosis that occurs as a result of a particular state’s testing requirements. Often, the children die before their 10th birthday. In 2016, the federal government added ALD screening to their list of recommended screenings.

CLSI’s library of Newborn Screening laboratory standards provide test collection instructions, as well as information on laboratory methods for the detection of metabolic and hereditary disorders. We also provide a variety of helpful companion products for use in the lab, such as quick guides and Making a Difference Through Newborn Screening: Blood Collection on Filter Paper, a companion DVD for use with CLSI’s Newborn Screening documents.